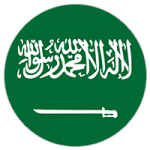 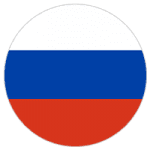 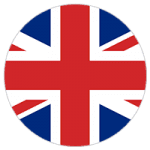 Israel, despite being a liberal democratic country, is not an immigration country. Therefore, Israel does not have laws and regulations enabling foreigners who wish to come and settle Israel the opportunity to do so.

The laws relevant to entering and residing in Israel for different purposes are the Law of Entry to Israel -1952 and the Law of Return -1950. In addition, the Citizenship Law -1952 details possible options for becoming a citizen.

Based on the above laws, immigration to Israel is mainly possible per Aliyah process, a process available to Zakaey Shvut , persons eligible under The Law of Return with Jewish roots. Clause 4A(a) of the Law of Return states as follows:

According to the Law of Return the right to live and settle in Israel is given to eligible persons per the law and definition above. Eligible persons per the law of Return while considering settlement may choose between several options one of which provides a B/1 Work Visa for several years, the second is a process which provides temporary residence while considering Aliyah, this process also makes them eligible for social rights such as Health Care. In addition, the eligible person may choose to make Aliyah, whether with the help of the Jewish Agency abroad or individually at the Ministry of Interior offices in Israel. The Aliyah process includes presenting personal documents and proof of Jewish roots. In general, most Jews and Zakaey Shvut are eligible to make Aliyah and to receive Israeli citizenship.

Becoming a citizen not as part of the Law of Return

Eligibility to becoming a citizen in Israel is determined per the Citizenship Law. The clauses of the law state who is an Israeli citizen, who is eligible to become a citizen, and how one may become a citizen. In accordance with the law, Israeli citizenship is granted by eligibility under the Law of Return, by eligibility due to residence in Israel prior to the establishment of the country, and by birth (if the person does not hold other citizenships). Clause 5 of the Citizenship Law details the option of becoming a citizen for ineligible persons. Persons seeking citizenship per clause 5 must meet the following:
1. Residence in Israel for 3 out of the 5 years prior to the citizenship request under a permanent residence status.
2. Knowledge of the Hebrew language.
3. Willingness to waive other citizenships.
Clause 5 thereby limits the options of becoming a citizen since the Law of Entry to Israel, which determines the entry and stay of foreigners, details rare cases of eligibility for permanent residence. In fact, in most cases persons who are eligible for permanent residency are spouses and partners of Israeli citizens, or single elderly parents of Israeli citizens. At times, permanent residence is given for humanitarian reasons, yet it is rare.
In addition to the above, citizenship requests are under the discretion of the Minister of Interior, and such requests may also be declined. The Minister of Interior may also grant citizenship to persons who benefit the country such as athletes Righteous persons, and Humanitarians.

The above is general information only, it should be noted every case is considered individually. If you have additional questions regarding the process please contact us for further information.
Dotan Cohen Law Offices.