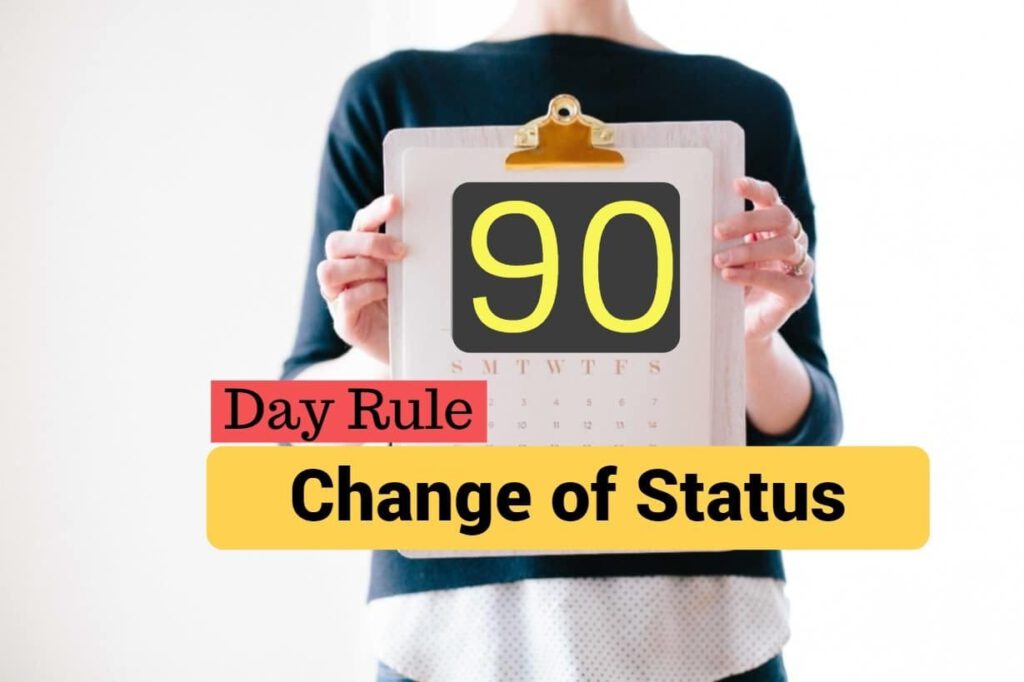 When applying for most nonimmigrant (temporary) U.S. visas, the applicant must declare and prove a “Nonimmigrant Intent” to the consular officer. In other words, he needs to show that he plans to return home when he completes the stated purpose of the trip

In fact, there is a presumption of immigrant intent in U.S. immigration law. Therefore, the burden of proof falls on nonimmigrant visa applicants to prove they have sufficient ties to their home country that will compel them to leave the U.S. after their temporary stay.

The 90-day rule applies a presumption of fraud if the nonimmigrant violates his status or engages in conduct inconsistent with his nonimmigrant status within 90 days of entry to the US. In other words, if a nonimmigrant attempts to Adjust Status during this 90-day period, the applicant should expect increased scrutiny of the application.

Who the 90-Day Rule Affect?

The following actions are sufficient to trigger the application of the 90-day rule:

• Enrolling in school without authorization and/or the appropriate change of status.

• Marrying a U.S. citizen or permanent resident and taking up residence in the United States.

• Undertaking any other activity for which a change of status or an adjustment of status would be required, without changing or adjusting status.

90-Day Rule of I-485 Applicants (Adjustment of Status Application):

After 90-day period, there is no presumption of misrepresentation, and a nonimmigrant may approach the USCIS and ask to adjust his status to an immigrant status. However, if there’s a reasonable belief that the nonimmigrant misrepresented the purpose of his travel at the time of the visa application or application for admission, an immigration officer could use this against him.

This is still risky territory. If you entered the United States with a nonimmigrant visa and want to adjust status as an immediate relative of a US citizen, you should better wait at least 90 days before you initiate the process of adjusting your status to an immigrant status.

This article was written by Dotan Cohen Law Offices, working in the field of immigration law in Israel, the United States and Canada.